Electronic vehicles have been present on the market of four-wheelers for years. A lot of car manufacturers have at least one electric car in their offer, and that’s nothing new. However, now “electrification” has expanded to two-wheel vehicles. One of the manufacturers who decided to experiment with electric motorcycles is KYMCO, a Taiwanese company that is known for producing scooters and using internal combustion engines. This electric model is called SuperNEX. So, in the following text, we present 2019 KYMCO SuperNEX in detail. So let’s start.

For the first time we had the opportunity to see SuperNEX at the Milan show. And, sincerely, we were positively surprised. No one expected a motorcycle that did not lag behind in any way for superbikes that were not electric. Outlook is very nice, and the design is very aerodynamic.

What is immediately noticed is the double headlights with DRL rings and which allow drivers to have better illumination in daylight. Also, at the front is the wind screen which provides better resistance. we should also mention front forks that help to improve aerodynamics and better driving experience. 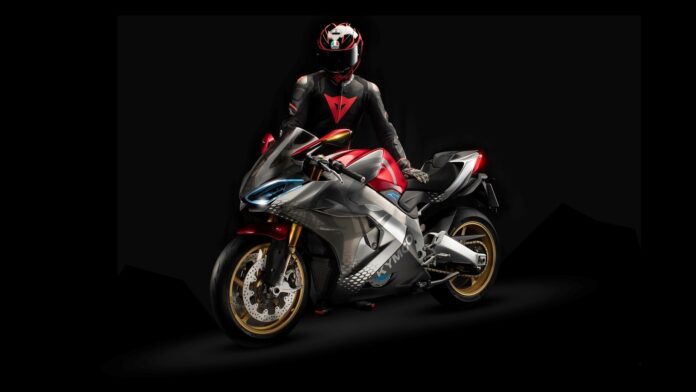 If we talk about the style of driving, the driver is in the faux tank position as with superbikes and has enough space for the legs and it all makes a very aggressive driving position. On the front and back are fenders that limit spraying. Even though there are no exhaust pipes, everything still looks normal and natural. We can conclude that the outlook SuperNEX does not differ much from the outlook of any other superbikes today.

As for the chassis, it is made of aluminum alloy, which is completely understandable due to the heavy weight of the engine and the battery that runs SuperNEX. Simply, it was important to reduce weight as much as possible. There are also dual disc brakes with four-pot, opposed-piston Brembo anchors.

When driving, you can do that there is no ABS system, but that’s actually not the case. One part of the “Full Engagement Performance” package is one that prevents picking up the last point. Inverse front forks are also installed. Certainly, it’s all nicely integrated and it’s everything is really well done.

Of course, SuperNEX represents a major improvement in KYMCO’s production of motorcycles. As we have already said “Full Engagement Performance” system prevents the picking up of rear wheel of the bike. As for the performance of the SuperNEX, this motorcycle reaches a speed of 60 miles per hour in just 2.9 seconds, or up to 120 miles per hour which is 250 km/h in 7.5 seconds. The maximum speed is 155 miles per hour and SuperNEX reaches it for incredible 10.5 seconds.

It is known that the electric motors are quite silent. For this reason, KYMCO added noise to complete the superbike ridding experience. Also, on this bike there is a slipper clutch which is in some way an additional measure of protection. It is important to note that SuperNEX has a 6-speed transmission.

Unfortunately, we were not able to test the battery capacity and its maximum range, as well as the required charging time. If we get to the information, we will update them. Let’s talk once again, this bike is really great and can stand side by side with other superbikes in the class.

The price is still unknown, but we think that SuperNEX will be between low teens and low twenties.

SuperNEX will have an interesting competition. Its main competitors will be Energica, and SR, while Harley-Davidson LiveWire also could be there. In any case, it will be very interesting to compare all these machines.

“Holy smokes sports fans, this thing has got some balls! Seriously, the performance it brings to the table is beyond the skillsets of the majority of riders out there, so ya’ better respect that throttle and make used of the safety systems, of this monster will eat you alive. Can’t wait to see the full specs list and price tag. No matter how that shakes out, there can be no doubt that this is a huge leap forward for KYMCO.”

“I thought the same as my husband when I heard that KYMCO was making an electric motorcycle. I was thinking an electric K-Pipe or a Spade; something small and cute. Now my curiosity is up. I want to see what KYMCO has going on over there with this SuperNEX.” 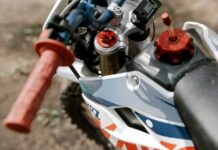 Things to Remember When Buying a Dirtbike Graphics Kit 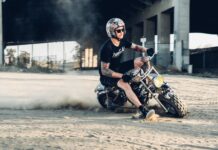 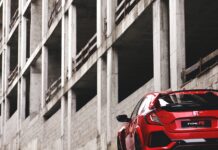 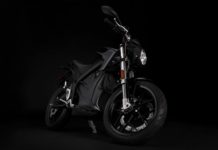 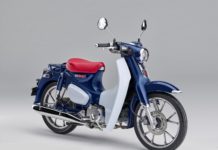 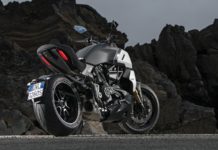