The number of Hayabusas around town has been increasing, which is understandable because they are very appealing. But it is much more than a pretty face however, as a monster lurks under the elegant look.

The overall look can easily pass as a futuristic movie bike. In reality, it is based on a wind tunnel-tested engineering. Front fairing and the windshield move the air over and around the rider, while the laminar flow pulls the air across his back over the tail hump.

The unusual tank reliefs and the inner fairing offer the rider an option to pull his arms and legs into the bike, making their body a key part of the overall aerodynamics of the design. The elements of the leading edge of the fairing come together to make a ram-air scoop, which compresses air intake, increasing the volumetric efficiency when you are riding around 80+ mph. The feature shows that the factory utilized each opportunity when it comes to the performance and the speed of the bike.

In a similar effort with the efficiency, the designers put the turn signals in faired-off cans, while also using the lens of the taillight to complete the fairing over the sub frame’s trailing edge. Unlike the Gixxer models, the Hayabusa is meant for speed and acceleration, not superb cornering, with a goal of being among the fastest production bikes in the world.

If the frame and the sub frame use different materials, it is usually a steel frame with an aluminum sub frame. Suzuki tends to swap this by using an aluminum twin-spar mainframe, and a steel sub frame, keeping down the overall weight while retaining enough strength to support the weight of the rider.

Rather beefy 43 mm KYB forks support the front, while a mono shock does the work in the rear. The suspension at both ends is adjustable for compression, rebound damping and spring preload. The rims are made of cast aluminum, which keeps down the unsprang weight. The Diamond-Like Carbon (DLC) of Suzuki is present on the forks, which helps to keep the rubber on the road.

Some additional protection is the ABS package as a part of the standard equipment. The dual 310 mm front discs received the Brembo treatment, meaning a floating mono block caliper. The back sports a single-pot caliper at the 260 mm rear disc. The conclusion here is that it has plenty of brakes with the help of ABS, which are some of the most desirable features with great speed. For more caliper options visit Partsgeek.com.

A four-cylinder short-stroke DOHC engine provides 1,340 cc and comes with a lot of goodies. Cylinder bores are of the Suzuki Composite Electrochemical Material (SCEM), which works with the Physical Vapor Deposition (PVD) coating, reducing the friction between the most-critical areas.

The 44 mm twin-bore throttle body has the Suzuki Dual Throttle Valve (SDTV) control. It is capable of making adjustments for peak engine performance when needed. The ride-by-wire system comes with the Suzuki Drive Mode Selector (S-DMS). It has preset engine maps, which may tune the power delivery up or down if you need it.

The engine of the bike meets the required emissions standards wit the Suzuki Pulsed-secondary Air-injection (PAIR) system, as well as the low-restriction exhaust catalyst. The rev limiter stops at 186 mph with stock gearing, so that is the number which has to serve as the top speed of the bike. Should be fine if you ask us. It flies by you in 9.7-seconds at a quarter-mile at 148.8 mph, and can get from 0 to 60 mph in a staggering 2.6 seconds.

All of the power flows into the six-speed gearbox through the Suzuki Clutch Assist System (SCAS), which limits the back-torque and rear-wheel hops when needed.

2019 Suzuki Hayabusa price of $14,799 MSRP is great and appropriate, and probably above entry-level budget, but so are the power and speed that you get. This is absolutely not a motorcycle for beginners and newbies, even with the S-DMS function.

This bike is more than capable. The 1299 Panigale from Ducati serves as its competition here. Engine size is close with 1,285 cc for the Duc and 1,340 cc on the Hayabusa. However, the Hayabusa runs the SDTV and S-DMS for engine control, while the Ducati uses ride-by-wire technology and comes with a few more tricks like the Ducati Traction Control, Ducati Wheelie Control and Engine Braking Control.

With the chasis situation, the Hayabusa is pretty normal compared to the Panigale’s Inertial Platform, angle-sensitive ABS and auto-adapting suspension system. The electronically assisted Quick Shift is the final thing where Ducati shines over the Suzuki here.

The design is quite subjective. Both look fabulous stock, but the Hayabusa is more of a custom showpiece, offering immense potential for customization and style upgrades. The new Panigale costs around 20 thousand, a lot more than the $14,799 Hayabusa. 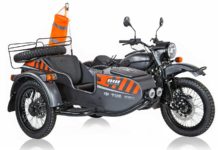 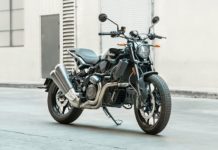