Home Bicycle 6 Benefits Of Riding An Electric Bike To Work

Hills are no longer a problem, exercise is still done, they are very quiet, but also completely safe for the environment. Although significantly more expensive than ordinary bicycles, electric bicycles are in increasing use today, not only in nature but also in urban areas. We will try to present to you all the advantages of e-bikes and going to work by those.

What Is An E-Bike?

Although they have been around for a very long time – only in the last two decades electric bikes or e-bikes have gained increasing popularity. Environmental awareness is growing among the population – as a result of attempts to reduce the use of fossil fuels as an energy source and switch to energy sources that do not harm the environment.

What is the basis of these bikes? You probably see electric bikes very often without even realizing it. At first glance, they look like classic bicycles. However, they differ because they have an electric motor that charges on electricity. Electric bicycles are a combination of classic bicycle models with modern electric drives.

When speaking of an eBike, the first thing in our mind is a scooter or an electric motorcycle. However, that is not the case, because they are significantly different. Just imagine an ordinary bicycle, improved with a few electrical components.

The e-bike consists of several parts: a bicycle system, a battery, a regulator, an electric motor, and a sensor for turning the pedals. The motor is powered by a battery that is charged in the mains. When the sensor detects pedal rotation, it starts the engine, which helps uphill and long distances. When the driver stops pedaling or starts braking, the engine stops.

As with electric cars, the development of technology has led to the fact that we have almost perfect electric bicycles on the market today. This means that with such eBikes – the cyclist can embark on the most demanding adventures.

Advances in batteries for electricity storage are certainly important, as the original lead batteries, which were very heavy. They were then replaced with the nickel-cadmium, while today’s bicycles use lithium batteries – which make them much lighter and therefore much more comfortable to ride.

With this type of bike, the handling and turning of the pedals are the same as with a regular bike. The electrical component should increase human strength, not completely replace it. Obstacles like hills and winds make it easier to overcome and allow you to cover longer distances without sweating and getting too tired.

Benefits Of Riding An Electric Bike To Work

There are many benefits that electric bicycle riding will provide. Some of them are:

Those who try riding an eBike know it is a great experience. Riding a bike to work and back gives you an easy feeling of excitement in your daily routine. You can observe the surroundings with less stress, or something else that makes you happy. What you will enjoy the most is the ease of pedaling, and with the increase of pedal rotation, you will increase the speed of the bike. The speed you can achieve is almost fascinating and you will feel as if you’re riding a scooter.

2. You Don’t Need A Driver’s License

When it comes to speed, it is important to note that electric bicycles up to 0.25 kW, according to the existing law – belong to the category of bicycles. According to Scooteretti – they don’t require registration or a driver’s license.

However, e-vehicles whose power exceeds 0.25 kW and which reach speeds over 25 km / h fall into the category of electric motorcycles and are subject to registration and payment of compulsory vehicle insurance. Although the speed of 25 km / h may not seem too high, from experience it can be said that it is more than enough.

Most people wouldn’t use traffic, navigating through a city, or breaking through crowded public transportation – but riding an e-bike while going to work can completely change your daily activities into a moderate form of therapy.

Research has shown that enjoyment of riding a bike can help us in reducing stress, improve our sleep, or even reduce anxiety. Besides, riding an e-bike in either urban or rural areas raises self-confidence and helps us improve our overall mood.

Riding an eBike implies that you are still exercising and burning calories just like with regular bikes. But if you travel long distances and get tired – with an e-bike you always have the option to rest and let the electric drive do all the work for you. In addition, uphill and strong winds are not a problem when it comes to electric propulsion.

5. Greater Freedom To Move Around The City

This is completely true. eBikes don’t require any permits or fuel to be able to use them, making them a much cheaper option. One of the advantages is that you can find a parking place almost anywhere. Elderly or sick people do not have to strain on an e-bike, and it gives them freedom of movement that they might not otherwise have.

One of the usual misconceptions when riding an eBike – is that it can be inconvenient and not practical enough. To be truthful – it’s much more inconvenient to spend half an hour looking for a parking-place or getting stuck in the traffic when going by car. When you go to work by bike, finding a parking lot is looking for the nearest pole, fence, or some other fixed and strong enough object.

By using eBike, you protect the environment for us and those after us. The transport sector is “responsible” for the production of almost 30% of all greenhouse gas emissions. Passenger vehicles deliver approximately one-fifth of this amount through harmful CO2 gases. eBike, on the other hand, is completely eco-friendly.

All the benefits we talked about have already been recognized by many countries that have been involved in the active development of eBikes and their general use in cities. On the way to even greater use of eBikes, a lot of work awaits us to raise awareness of their benefits and importance. We believe their time is yet to come. 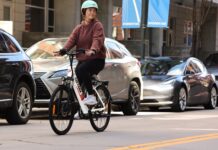 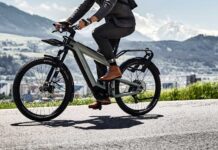 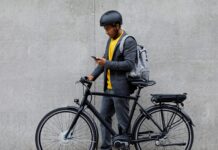 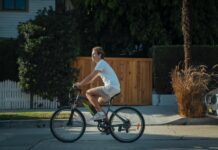 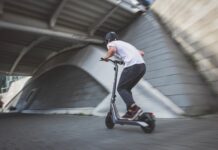 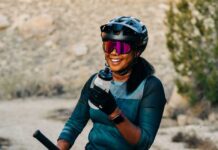