Thanks to the growing popularity of cycling as a hobby, more people are a becoming aware of different bike brands available. While there’s no such thing as a “perfect” bike, sticking to the best bicycle brands is a great way to make sure you’re getting a bike worth its cost.

While finding out the actual “best brand” will always be hotly debated, some brands simply stand out among the competition because of a few key factors: the quality of the bikes, age of the brands, quality of service, price, and even the brands’ reputation among the cycling community.

Quality of the Bikes

This is the most important part of being a good brand – having good bikes. The bikes don’t always have to top the list, but they have to be capable of performing better than most of the competition; they have to be bikes that anyone would consider as top contenders.

What are the b​​est ﻿﻿bikes exactly? These are the bikes that offer the best performance, the most convenient features, and the most reasonable prices. Bonus points for brands that have award-winning models or long-running product lines.

Age of the Brand

Some brands only last for a year or two, but we believe a brand should show some long-term consistency. A brand with only a single good bike and several bad ones isn’t a good brand; it’s just a brand that happened to get it right that one time.

The best bike brands have been consistently producing several bikes that could easily end up on anyone’s top choices. These brands have been around for a while, and you can expect them to keep making more highly recommended options.

Every now and then, cyclists will have to upgrade or troubleshoot their bikes. The best brands are well aware of that and know the importance of good customer service. They know how to make their customers happy by providing the right solutions in the quickest time possible.

Part of good customer service includes providing excellent warranties, prompt response times, and friendly representatives. After all, the more a brand takes care of its customers, the more likely their customers will develop brand loyalty.

A brand can have some of the finest bikes ever released on the market, but those will never be popular if something else can provide the same amount of performance at lower price tags. While bikes loaded with features understandably costs more, you can’t justify big prices on basic entry-level bikes.

For this list, we’ll be including brands with bikes that have the best performance in relation to their price. In fact, some of the brands will have bikes with the highest price tags in the market; as long as they provide a lot of value, they’re good!

Reputation among the Community

There are hundreds of bike brands in the world, but only the best have a solid reputation among cyclists of all skill levels. These are the brands that have cemented their own legacy that people can tell if a certain bike is good just by knowing its brand.

The best brands go beyond the cycling community; even people who aren’t into cycling may know these brands because they’ve become household names for the sport. Some brands also gain their reputation by having a certain vision or goal like aiming to make the sport more accessible to many.

Best known for: One of the longest-running bike brands in the world!

Established by Ignaz Schwinn back in 1895, Schwinn was the most dominant bike brand in America during the 20th century. One of the most iconic bikes in the 60s was the Schwinn Sting-Ray, which became a common sight in almost every street and neighborhood.

By the end of the 20th century, the brand experienced a steady decline, but it’s not all bad news. Despite declaring bankruptcy in 1992, the company and its brand was sold to other companies. Today, Schwinn lives on as a subsidiary of Dorel Industries, a multi-national conglomerate.

The Schwinn Women’s Wayfare Hybrid is a great option for women and riders who have a shorter stature, thanks to the slanted down top tube. If you want something a bit larger or designed for men, you can also check out the Schwinn Men’s Network 3.0, another hybrid bike for all sorts of terrain.

Best known for: Some of the best mid-range and high-end bikes!

Originally a brand of BMX founded by Western States Imports back in 1977, Diamondback’s name itself had quite a history. The brand name was originally spelled “Diamond Back”, which was later changed into “DiamondBack” before settling to the current spelling.

Diamondback specialized on BMX bikes, but eventually had a few mountain bikes and road bikes during the early 90s. Some of the most successful riders have competed under Diamondback’s sponsorship, cementing its place as one of the most competitive bike brands.

Aside from selling high-quality bikes, Diamondback is also a partner of cycling advocacy groups such as the Evergreen Mountain Bike alliance, Bikes Belong, and the International Mountain Bike Association. Today, the brand is currently owned by Accell, a Dutch corporation.

Best known for: One of the biggest bike brands from Australia

Despite being fairly new in the biking industry, the XDS brand has quickly established itself as a world-class contender. XDS bikes are equipped with components from various leading cycle companies in order to meet the demands of riding on Australian terrain.

Aside from mountain and hybrid bikes, XDS also sells other types of bikes meant for more casual cyclists. One of XDS’ most recognizable lineups is their Retro series, which features classic city bike frames that are made of cutting-edge alloy for extra durability.

Despite being primarily catered to Australia, XDS bikes are also popular in countries such as Malaysia and the Philippines. While there are no major XDS dealerships outside Australia People overseas can get their XDS bikes online.

The XDS Men’s Cross 300 features a Shimano 24-speed shifter and derailleur that gives the rider excellent control when transitioning from one type of terrain to another. For something more affordable, the older XDS Men’s Cross 200 is pretty much the same, except with a 21-speed shifter.

Mongoose is also a subsidiary of Dorel Industries, merging with Pacific Cycle in 2001. Like the other brand, Mongoose also features discount bikes for mass markets and high-end lineups for specialty bike shops and competitive cycling.

Mongoose is the trusted brand for many notable MTB riders such as Chris Akrigg, Greg Watts, and Paul Genovese. Top BMX riders such as Pat Casey, Greg Illingworth, and the late Dave Mirra, have also won events with Mongoose bikes.

Best known for: One of the largest bike sellers in the country.

Although the Kent brand wasn’t around until 1958, the company formerly known as Philkam Cycle has been making and selling bikes as early as 1947. The family-owned company later became one of the biggest bike sellers not just in the US but also in other countries.

Kent has several sub-brands offering different kinds of bikes. For example, the sub-brand Weeride specializes in bikes for kids, while Northwoods sells mountain bikes, hybrids, and tandem bikes. With a wide variety of bikes to offer, there’s almost always a Kent bike for any purpose.

The Northwoods Sprin​​gdale Hybrid Bicycle is one of the best rated bikes online, offering both comfort and performance whether it’s on the road or on rough terrain. The lightweight aluminum frame and slanted down top tube is specially designed for women and shorter riders.

Which One Stands Out the Most?

Picking the best brand out of these five is difficult, but we have to give the winner’s spot to Schwinn. Of all the brands we listed, Schwinn hasn’t just been longer in the industry; it’s also the most available brand of the bunch. Most of the top selling bikes on online stores are Schwinn bikes.

When picking any of these brands, remember to keep one thing in mind: while any of these brands could be a solid pick, the ideal bike for you will still depend on your personal preference, budget, and the kind of cycling you expect to be doing.

Do you have any preferred brands that you think should be on this list? Feel free to let us know in the comments section! 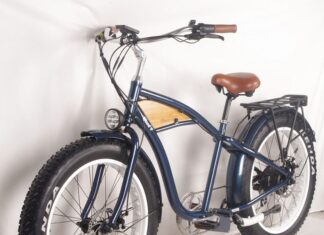 Marylou Miller - September 21, 2020
0
Biking is a popular and versatile activity for getting exercise, being outdoors, and exploring your surroundings. Bikes range in size, style, and shape depending...

7 Cool Fashion Accessories Every Biker Should Have

When Do You Need to Hire a Motorcycle Accident Lawyer?

Why Does Your Old Car Drive Rough?

Dos & Don’ts Of Dirt Biking For Complete Beginners in 2020