Home Accident 6 Tips for Protecting Your Legal Rights after a Motorcycle Accident –...

The motorcycle-driving euphoria can easily get to you, especially if you are already a fan of both the culture and the lifestyle. In the past few years, the number of motorcycles purchased throughout the United States increased by a few percent, and the overall culture saw more fans and followers than ever.

It’s not a secret that the biker culture is a cool thing, and it can really make your life more interesting. Usually, the followers of this culture are nice and friendly people, so it’s easy to make more friends if you decide to enter those circles. But, as cool and sweet all that is, there’s still one thing that many people forget.

According to statistics, a motorcycle is the single most dangerous transportation vehicle that a person can operate. Numbers tell us that there’s a huge amount of road accidents happening on a daily basis, all of them involving a motorcycle, whether as the cause or the victim of the unpleasant occasion. And, that’s not all. Out of all the vehicle types you can drive these days, due to the nature of the motorcycle, you are the least safe if you are caught in an accident while being on one.

With all this being said, you are probably wondering whether and how you should protect your legal rights after such an unfortunate thing takes place in your life. Well, let’s take a look.

1. Don’t leave the spot by any means

Sometimes people think that the damage they’ve caused is just nothing significant, so they leave the spot. This is the worst thing you can do. If you do this, the other person can overdramatize or bend the situation in their favor, and even if you caused nothing but a scratch, you can pay a penalty for something much larger. So, don’t leave the spot by any means. The next thing you should do is take a look at the witnesses around and ask if someone can help you out. Here’s how.

2. Try to immediately seek the attention of nearby witnesses

Usually when an accident happens, it’s loud and people around it will be aware of the event. Most of the time, at least one or two witnesses will voluntarily come and offer their help, as well as their statement, depending on whose fault it was. In most countries this is mandatory for them whatsoever. But, sometimes witnesses don’t want to participate in any similar situations, so they’ll just flee the spot. If there are just a few, and all of them want to flee, perhaps asking them to stay and give their statement to the police real quick is the smartest thing.

3. Inform the police about everything that happened in-detail

Give your best to be accurate in your statement when explaining what really happened. Every detail matters and the police will ask for a statement coming from both sides, so make sure to cover all the things in the chain of events from your perspective. Most modern streets in larger cities these days are equipped with cameras, so chances are that the police will find footage of the event, whether from those cameras, or the nearby security cameras for the stores. Maybe even a mounted camera by one of the drivers in front or behind you. Don’t hide anything and don’t lie about it, it can only get you in more trouble. If you weren’t the one who made the mistake, with enough evidence you’ll easily prove it. This is why witnesses are really important too.

4. Hire an attorney and do it soon

There are tons of options when it comes to hiring attorneys, but it’s really important to do it fast. If you happen to be from Los Angeles, and you urgently need one, McNicholas Law is a website where you can learn more about the entire procedure, when to start it, how much it’s going to cost you and a lot more. If you don’t hire an attorney and the other person does, you’ll be at a huge disadvantage in case things end up going to court.

5. If your state allows it, mount a camera on your motorcycle

More and more people are starting to drive around with a camera on their motorcycle, purely because of these reasons. People are often being distracted and they make tons of mistakes while driving, and guess who suffers the most. Bikers. That’s the reason Bikers are now mounting cameras on their motorcycles.

6. Always wear all the protective gear

If the police arrives and witnesses say that you weren’t wearing any protective gear, you can easily get in trouble, and that’s not what you want to happen in such a situation. So, we recommend that you always wear all the protective motorcycling gear for your safety of course, and then for everything else. This includes a helmet, protective gloves and other things such as Kevlar pants for example. If you end up being in an accident, at least be safe before getting the compensation for it.

Nowadays people don’t really pay enough attention during traffic, probably because it’s considered a “very normal thing” to drive, and anyone can do it. Especially with the newer vehicles that basically drive on their own. But, in an age where the number of distractions is quite high, we should start being more careful than ever. Scrolling through Instagram or any other form of social media while driving is definitely not advisable. And, as safe as you may be in your car, someone on a motorcycle can end up being seriously hurt or even lose their life if they end up colliding with you or someone else.

We’re not saying that bikers shouldn’t be more careful, but usually they are the ones suffering the most damage in these unfortunate events. We hope that our post helped everyone understand more about legal rights post-accident, as well as raise some awareness about carefulness in traffic. Remember to stay safe and we’ll see you in the next one. 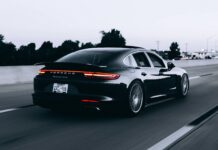 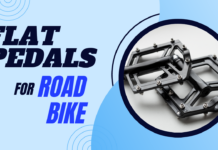 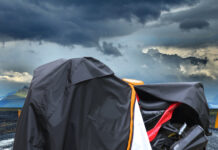 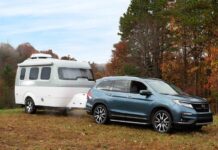 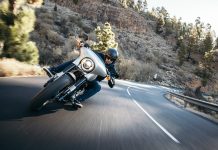