Among other things, they are equipped with tools such as laser scanners, cameras, ultrasonic sensors and radars. The results of the tests are used by Volkswagen Group Research for various research projects in the field of autonomous driving.

Work is currently underway in Hamburg on a nine-kilometer test route that will be taken into use next year. To facilitate tests there with autonomous and connected vehicles, traffic lights are provided with equipment that makes communication between the infrastructure and car, and the car and infrastructure possible. Volkswagen and Hamburg are taking steps to streamline traffic flows in the city and enable autonomous driving.

The power of 15 laptops

The self-driving e-Golfs are equipped with eleven laser-scanners, 7 radars and fourteen cameras. During an average practical test, they generate up to 5 gigabytes of data per minute. A computer has been concealed in the trunk of the self-driving car with the power of about 15 laptops. It has to process large amounts of information about pedestrians, cyclists, other cars, intersections, parked vehicles, priority situations, road breaks and lane changes in a few milliseconds.

The artificial intelligence of the self-driving car must detect all relevant objects in a complex situation and respond to them correctly without raising a false alarm. The system uses deep learning, neural networks and pattern recognition for this. For safety, the e-Golfs are driven by testers during the practical tests. They monitor the operation of the systems and can intervene if necessary.

Volkswagen Group Research is working on this project with all brands and all relevant departments of the Volkswagen Group. Drprix.com car channel says: their goal is to enable self-driving car up to Level 5 on public roads in the future. The results of the test program in Hamburg are applied in further research and development projects. In the future, the self-driving car will contribute to improve traffic flow and road safety. Autonomous vehicles without a human driver do need changes in the law and infrastructure.

The five levels of autonomous driving 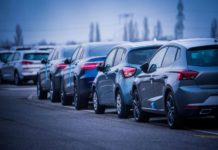 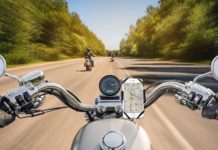 Top 5 AI Apps For The Bikers