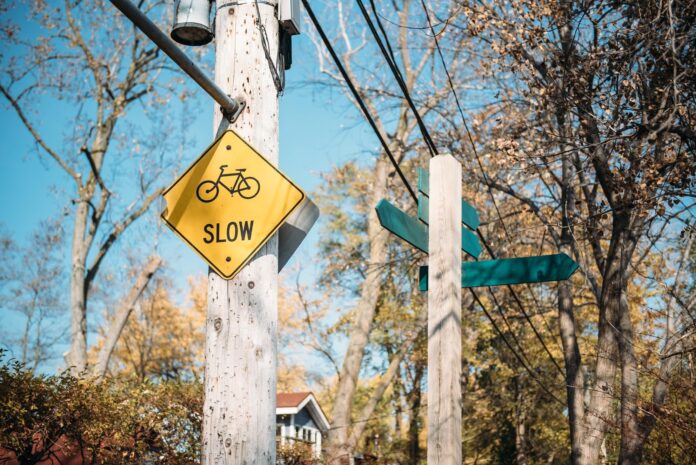 Let’s start with the scary stuff! Here are some stats from road accidents around the world!

1 –Between 200 and 300 people die in motorcycle accidents in the UK every year
The ONS (that’s the Office of National Statistics) report the figure is down from above three hundred back in 2011.
2 – Fact: motorbike riders are much more likely to suffer a head injury
3 – In the US that figure rises to between 4,000 and 6,000
The population of the US is a lot higher than the UK. It’s also got more bikers. In 2017. Nearly 5,000 bikers died on the roads.
4 – Those that are injured number in the tens of thousands
Between 40k and 50k, to be exact. Worst of all, these numbers are growing, according to motorcycle accident attorneys at Rosenfeld Injury Lawyers.
5 – Fact: 2016, USA, Deaths on Bikes were 28 times higher than cars
6 –The US and the UK have nothing on India…
In India it is estimated that 17 people die out of every 100,000. Granted, those stats are for all road traffic incidents, but Indian roads are notorious death traps around the world.
7 – Fact: 42% of fatal bike accidents are from taking a wrong turn. Being unprepared kills you.
8 – India has one of the highest rates of motorcycle injuries in the world
While under-developed countries tend to have a higher injury, death, and traffic-related injuries all around; India isn’t that far behind the rest of us. Their roads are just shocking. India Today estimates that 40% of all traffic fatalities are motorcyclists. Of those injured, 76 percent sustain sever head traumas. In India, the roads are terrible, and nobody wears a crash helmet.

9 – Fact: Other Drivers unpreparedness also kills you
10 – In Australia, most fatalities in motorcycle accidents are in the 20-25 age demographic
Around the world and as a general rule, those who have just passed their test are the ones most likely to cause accidents. Therefore, the death rates for those in this age bracket are often highest. It is a sad-but-true fact that many die young because of inexperience.
11 – Speed kills… about 34% of motorbike fatalities, to be precise.
12 – On average, motorcyclists are 62% more likely to be involved in an accident than a car driver is
Why? We’re not sure. Most biker accidents aren’t bike failure, they aren’t biker fault, and they aren’t road collisions with stationary objects… they are caused by car drivers. Another horrible fact of life.
13 – The faster the bike, the higher the chance of crashing.
14 – 19% of Deaths on UK roads in 2017 were motorcyclists
That’s nearly a full fifth of all road traffic deaths in the UK. Compared to pushbikes, cars and other vehicle accidents, it’s ridiculously high.
15 – Most accidents occur with bikes over 1400cc.

16 – The majority of motorcyclist deaths are male
Whether it be because there are less women in biking, or whether it be because men are more likely to crash – no one knows. We just know that the figures vary from country-to-country but sit somewhere around the 80-90% male mark.
17 – Lane splitting is legal but insanely dangerous. It is a leading cause of biker deaths.
18 – A whopping three-quarters of all motorbike accidents are caused by vehicle collisions.
What we mentioned before about cars hitting bikers? You are smaller, you take up less of the road and – let’s be frank about this – a car driver isn’t looking for you. They should be, but they are not…
19 – Tyre Wear leads to skidding and loss of control kills.
20 – Bad Weather does more than Suck

To balance out all that negativity, let’s look at a few ways you can stay safe out there.

1 – Weather, weather, weather!
If it’s too windy or too wet, don’t take the risk. Take the bus.
2 – Tyre Quality
It’s expensive to renew your tyres but you might die if you don’t. Your call.
3 – Safety Clothing
Wear your leathers or be willing to suffer the consequences. A helmet is a necessity. They will protect you from traumatic head injuries and might even save your life.
4 – Think Bright!
In low light, bad weather, or just in general, you should wear reflective clothing. Everything that helps you be seen is a good thing.
5 – Don’t Filter
It’s your prerogative. Sometimes, just because we can do something, doesn’t mean we should do something. Like… licking a door handle during a viral epidemic, or filtering lanes when you could just wait.
6 – Don’t speed!
Simple concept! Don’t do it and you increase your chances of survival by whole percentages!
7 – Helmet Quality
A good helmet only lasts for one crash. Even the best helmets are only designed to be used so many times. Replace it as often as you change your oil.
8 – Bike Safety
Only about 3% of bike accidents are caused by a bike malfunction in developed countries. Make sure it’s working OK and do proper checks before long journeys.
9 – Footwear
It’s technically your clothing but the proper boots are vital. They will keep your grip, keep you warm, and stop you losing a foot in the event of an accident.
10 – Route Plan

Plan your route before you go, thus eliminating the problem of wrong turn accidents oyour behalf. It’s not that simple, we know, but it is a good start.

Stay safe out there folks. Know your bike, know your kit, know the road. 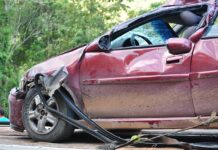 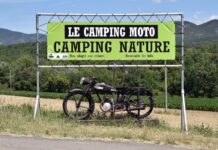 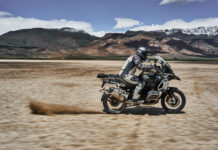 How to Choose Your Offroad Bike Riding Gear – 2023 Guide 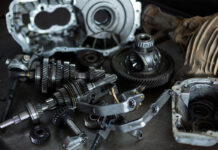