After skipping a year beforehand the 400 is back in production and better than ever, new engine and a new look.

The words I would use to describe the 400’s looks is mature and contemporary but with a twist because of the new looks. They are now using smaller headlights and turn signals are located near the legguards which makes for a much cleaner look than before. The bodywork in general is thinner than before it still has enough leg room but don’t think you’ll be able to carry something between your legs. Being slimmer also means that there’s less underseat storage but you still have a pair of glove boxes of course for smaller items.
The saddle is angled downwards so that you don’t have to keep your thigs too far apart. All in all the seat is more comfortable and the rise to the pillion level gives you some kind of lumbar support.

Suzuki stopped using the monocoque framing method and now uses a frame with a large-diameter thin-wall steel tubing for increased strength and reduced weight which all contributed to better performance and handling, it makes the bike more stable in corners. The wheels went from 14 to 15 inches but the rear wheels are still 13 inches.

The front wheels have a pair of 260mm discs almost to make up for the small rear wheel that have a 210m disc, they have ABS protection which comes in the standard package. Suspension is also very much like in a motorcycle with 41 mm stems in the front and 4.3 inches of travel.

The contact patches are 53.1 inches apart from one another which gives you a length of 88 inches and the height of the seat being 29.7 that should be able to work for all kinds of people. Rain could cause some problems but that’s all.

Suzuki says that the scooter can go 65 mpg, which means that the three gallon fuel tank is quite enough for everyone’s needs. The engine doesn’t have many controls but Suzuki did give the 400 Idle Speed Control which helps with cold starts and makes the engine more stable at low rpm. They also added the Pulsed-secondary Air-injection system and exhaust catalyst was added to make the emissions even more environment-friendly.

The 2019 Burgman 400 comes in any colour you like if you like Metallic Matte Stellar Blue, but it’s a very nice shade of blue. The price comes in at $8,199 and also gives you a 12-month unlimited-mileage warranty.

The Yamaha XMAX is very similar to the Suzuki but has a bit of a more aggressive design and a tall windshield but the turn signals aren’t as clean looking.

The profiles are also similar but the XMAX is slimmer and which also means that the legshield isn’t as substantial. The 41mm stems on the Suzuki outright destroy the 33mm ones on the Yamaha and even though it has a 245 mm rear disc it has only one 267 mm front disc, unlike the Burgman’s 260 mm pair of discs. It also comes with ABS so you can at least use the breaks freely.

The Yamaha has a 292 cc engine but it’s enough for a mid-seize scooter. The power numbers of the XMAX are pretty similar, but I think they will be a bit below the Burgman. With all that said the Yamaha takes a big win the price department, coming in at $5,599 which would be very interesting to a lot of people. 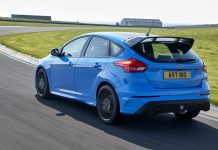 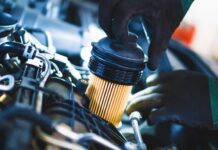 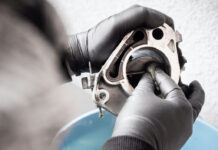 Tips to Keep Your Car’s Throttle in Good Shape 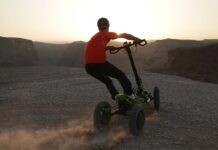 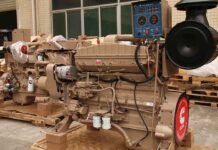