Hamilton created this bike by working closely with the company. He loves to spend time working with them, especially with their CEOs and engineers. Developing the motorcycle line and giving his insight is a mutual benefit.

For him, the partnership as a great way to combine his passion for riding motorcycles with the major interest in design. He is a major part of the process of designing what he likes, and it also helps that the engineers in the company are attentive, and have a sense for detail.

If you thought Hamilton is not a motorcycle guy, this will make you think otherwise. The F1 legend has a Honda Motocross Bike in his collection. When he finds himself off the track, his taste for adrenaline and danger remain present. Although he does not seem like an off-road driver, everyone has an unusual hobby, especially adrenalin junkies. We just hope he stays safe during his moto cross adventures!

This is another collaboration between Hamilton and a motorcycle company, this time MV Augusta. It is a limited edition bike capable of insane speeds fit for a F1 champion.

Because he worked on it, he has two of them in his garage. With this one, he can take his speed needs to local roads and enjoy the breeze!

Hamilton posted a picture of this bike on Facebook to show off one of his favorites. He is not sponsored by this brand, but he genuinely loves Ducati bikes. For off-road, bikes are his favorites. Who knows, maybe he would even be good in Moto GP?

Another one from his MV Agusta Collection, his third model. Only 144 of these were build and each one is sold. It is an instant classic, as it features Hamilton’s racing number and his own unique logo. For a motorbike fan who is also a fan of Hamilton, there is no better collectible piece!

Hamilton had some trouble for a snap chat post while he was riding a Harley, as in most countries, it is illegal to use your phone while on a motorcycle. The New Zealand officers did not appreciate that the F1 superstar posted a snap story while driving. Luckily for him, there was not enough evidence to charge him for misdemeanor in traffic, and snap chat stuff only lasts for 10 seconds anyway. 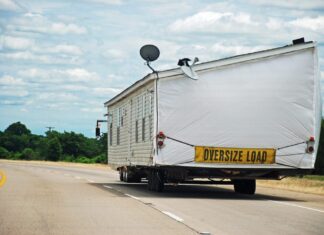