Home Harley-Davidson 6 Considerations Before You Buy a Harley

If you’ve ever considered buying a Harley, you aren’t alone. These bikes are the most iconic of any other motorcycles. They also come at a premium in terms of pricing, so it’s a big decision and investment.

The following are six key considerations to keep in mind before you buy a Harley.

1. The History of Harley-Davidson

One of the reasons Harley-Davidson bikes are such a popular and in-demand option is because of their long history.

William S. Harley, in the early 1900s, started working with Arthur and Walter Davidson. The goal was to build a motorcycle, and they finished their first model in 1903.

The testing was somewhat successful, but the bike couldn’t go up hills without pedaling assistance from the rider.

From there, the Harley and Davidson team kept up, working on improved machines and ultimately opening a factory.

The Icon bikes celebrate signature colors, designs, and parts paired with the latest technology. A new Icon is set to debut each year, and no more than two bikes are going to be released in any given year.

2. Some People Say Harleys Are Too Heavy

One reason some people don’t prefer a Harley is because they feel like they’re too heavy. It is a valid concern because it’s tougher to handle a heavier bike.

There are lighter bikes on the market, but the reason Harleys are heavy is that the company focuses on a combination of quality and durability.

The difference in weight isn’t as significant as people initially think, though.

For example, a Sportster Roadster is around 570 pounds, while a Yamaha Bolt R-Spec weighs 542 pounds, meaning less than a 30-pound difference.

3. What You Buy with a Harley

Harley-Davidsons can be pricier than some other bike brands, but aficionados feel like you’re buying a lot along with that.

For example, these bikes are known to be very reliable. A lot of owners find that they still have a bike operating at its peak level of performance when they’re getting close to 100,000 miles.

The lifestyle is something else people buy with Harleys. People connect over sharing a love for this type of motorcycle.

The dealership network is another unique perk. Anywhere you go around the U.S. and even the world, you can probably find a nearby Harley-Davidson dealership if you need service, gear, parts, or accessories.

A Harley-Davidson can last for years, and even if a part breaks or something goes wrong, you can easily order a new one. These are motorcycles that last for generations, which is one reason people are willing to pay so much for vintage versions.

There are also enormous options for accessorizing a Harley. They’re very customizable, and you can do a lot of the upgrades yourself.

While you might prefer the idea of buying a brand new Harley, you don’t have to go with that option. If you want to spend less but still get the thrill and quality of Harley-Davidson, buying used can be a better option.

Harleys tend to do well when you buy them used because they have a reliable engine and unstressed motors. You do need to check the mileage, though, and if a bike has high mileage, go through the receipts to ensure it’s been properly maintained through the years.

You can do a mechanical and electrical check-up by warming up the bike and operating the brake lights, speedometer, and high and low beams.

You should listen for any clattering or clicking engine sounds, white smoke from the exhaust, signs of rust, or paint that doesn’t match.

You’ll want to check and see whether a bike has been auctioned before, and if so, how many times.

5. Harleys Come with a Community

We briefly touched on this above, but one of the reasons that people decide to buy a Harley is because there is a built-in community that comes with the purchase.

People who share the love of this particular brand of bikes tend to be helpful and friendly. There are often gatherings and rides that you can do in groups, and the community is worldwide.

Most Harley owners find that there’s always something going on, someone who will offer advice and people coming up with new ideas.

There’s not any other brand of motorcycle that has the same level of community.

6. Be Careful If You’re a First-Time Rider

Finally, whether you decide to go with a Harley-Davidson or another type of bike, there are some things you need to do to prepare as a first-time rider.

You should also plan to match the bike you get to your current skill level. You need to master the skill of riding before you take on something that’s more difficult to handle. Even a simple beginner motorcycle is very powerful.

When you’re starting out, you want something that first and foremost fits your body type and also the type of riding you plan to do. You don’t immediately have time to jump into the most advanced, powerful, and expensive bike. You can wait until you’re ready.

You should also research all of your available choices. You want to sit on the bikes you’re thinking about, and you want to base your decision on research rather than emotion. 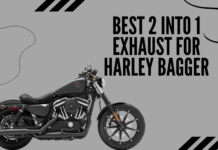 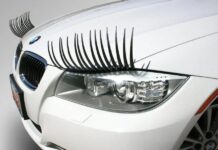 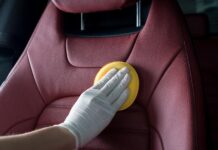 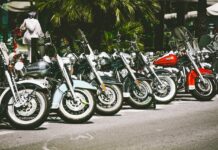 How to Have the Best Time at the Biggest U.S. Motorcycle Rallies? 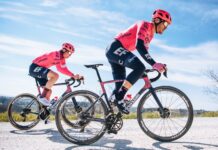 4 Cool Jeep Gladiator Accessories You Need to Buy in 2023