Scooters are making a huge comeback in recent years and they have gone a long way from being transportation for elderly people and romantic rides. Today, bike manufacturers are making scooters that would make Audrey Hepburn climb aboard one behind Gregory Peck.

Modern scooters aren’t built just for narrow city streets, they can handle some serious long-range rides. Due to their power and speed, more and more people use them as commuters. Markings like GT and R, usually reserved for bigger marks, more often appear on scooters, designating them as fast machines, capable of some serious speed. Here are 9 of the fastest ones in various categories. 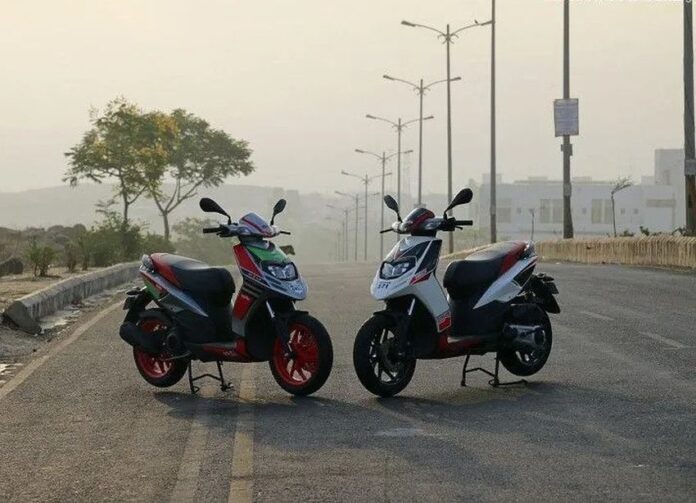 When you combine a classic Italian look with a sporty feel, you get Vespa GTS 300 Super. Not only it looks just like it rolled out from the set of Roman Holiday, but it is also fast. With 278cc, GTS 300 features the largest engine Vespa ever installed in one of their scooters. It has a max speed of 74 km/h. Both front and rear breaking discs now have ABS and Piaggio’s ASR system for increased safety. Headlamp, although featuring a classic design, is also updated with LED lights. If you prefer elegant ride through the city with this beauty, you can check ScooterHireMelbourne.com to find the right for you.

When you think about an off-road ride, scooters aren’t the first thing that comes to find. Yamaha decided to challenge that stereotype and design one that can actually provide some cross-country experience. Zuma 50F features a 49cc engine, just enough to push it through some flat forest, but don’t expect to race it on some dirt track.

At a first glance, BMW C 650 GT doesn’t even look like a scooter, resembling more classic BMW cruisers. Designed for a long ride, opposing the traditional image of urban scooters, C 650 GT has a large engine with 60 horsepower to make those rides enjoyable. It won’t tear up the asphalt, but it does have enough power to provide a safe take over of slower vehicles.

Honda PCX provides two most important functions of a scooter: it looks very stylish and it rides incredibly well. With a 53cc four-stroke engine, PCX can reach 100 mph easily. On top of that, the designers outdid themselves when creating the body, which looks magnificently.

When you look at the TVS Jupiter’s 110cc engine, you won’t be instantly impressed. That is until you sit on it and turn the throttle. This scooter is built for speed, despite the fact that its engine appears rather small. It can still develop some serious road speed and cause an adrenaline rush.

A Japanese scooter with an Italian name, Honda Grazia is trying to combine the best of both worlds, and largely succeeding in that. With a 125cc engine, Grazia is among the fastest scooters in its category. The engine delivers 10.54Nm and 8.63 PS, enough for a top speed of 85 kph or 53 mph. Add the beautiful design and you can easily see why it has taken the hearts of many riders worldwide.

Another TVS’s scooter, Wego is very similar to Jupiter. The engine displacement is 109.7cc and it’s air-cooled, like many other smaller scooters on our list. It is slightly faster than Jupiter and develops 8.4 Nm, opposed to 8 Nm Jupiter delivers. A difference of 0.4 Nm may seem insignificant, but on this small scooters, it can mean a world of difference, especially during a hill climb.

TVS also offer bigger scooters, like the Ntorq. It has got a 125cc, three-cylinder engine, delivering 10.5 Nm at 5500rpm and 9.4 PS at 7500rpm. Matched with a CVT gearbox, it allows Ntorq to develop a top speed of 95 kph or almost 60 mph. This makes it faster than Honda Grazia and many other scooters in the 125cc category.

The epitome of a racing scooter, Aprilia SR 150 Race is all you can ask from a scooter, and then some. Fast and nimble, it is ideal for a rush hour in a city, zooming in and out of traffic like an angry mosquito, paying no heed to congestion and trapped car drivers. Its 154.8 cc engine delivers 10.5 PS and 11.5 Nm of torque, enough for a top speed of 98.7 kph or 61 mph, more than enough to allow for even longer rides outside city limits. 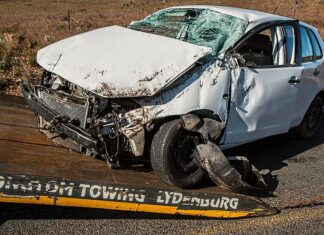 How to Prevent 6 Common Types of Car Accidents

Marylou Miller - September 25, 2020
0
Car accidents will likely never go away, however, many can be prevented. If you are not careful, your car can be totaled in a...

7 Cool Fashion Accessories Every Biker Should Have

When Do You Need to Hire a Motorcycle Accident Lawyer?

Why Does Your Old Car Drive Rough?