Home Cars 5 Reasons Why Metal Is Used In The Automobile Industry – 2023...

Since the earliest days of prototype automobiles, vehicles have had metal components on them. Metal is the crucial material if one means to develop a car since a lot of the key elements are made from it. Nowadays, every single vehicle in the world has some kind of metal in it, especially cars that are being mass-produced on factory lines. However, have you ever wondered why it is that we need this material to make our beloved four-wheelers, and what exactly is made of it? When we look at a car, depending on the brand, model, and its package, they are mostly made of hard plastic and various other plastic related alloys. Where is all the metal? Well, it is underneath all of the fancy modern tech and eye-pleasing exterior and interior.

In this article, you will become more familiar with the reasons metal is used in the automobile industry. In addition, there will be a word about the exact types mostly used to make cars. If you wish to learn more about this topic and perhaps shop some quality metal parts and construction material, make sure to check out Hamill Metals. They have everything you need no matter what the reason behind your metal needs is.

Characteristics of the Material

Metal is a very broad term as it encompasses a lot of different kinds and alloys. They all come together under this loosely used umbrella term. What they all have in common however is largely the same, especially those used in the making of cars.

For example, their chemical properties are very useful for vehicles. They form alloys when mixed, they enable and speed up a lot of the necessary chemical reactions, they are capable of enforcing and giving it properties like decreased degradation, flame resistance, and so on. What is more, they are noncorrosive, at least when taken care of properly.

Their mechanical properties are largely why they have been picked decades ago as the go-to material in car manufacturing. The strength, ductility, malleability, durability, and resistance to both stretching and pressure are all crucial features of metals used in vehicles we drive every day.

Other than that, metals are have excellent conductivity of heat and electricity, both of which are key to actually making a car drivable. Modern vehicles have tons of electrical components and all cars need to deal well with heat that is both released from the engine and other processes, and the outside heat from the sun. Last but not least, they are naturally paramagnetic, which is common knowledge, and they absorb radiation pretty well.

For a lasting vehicle to exist, all of these important properties have to come together. The result is a lasting vehicle, secure for the passengers in case of emergency or crash, and comfortable and stable on the road. Although metals have been used for more than a century now, they are still becoming increasingly popular. Following is a list of the most used metals in the automobile industry in no particular order, with reasons why they are used.

No car can exist without one of the most obvious metals used in this branch of industry. It is without any doubt the most common material used in the manufacturing of cars as almost every model has it. Steel is strong, widely available, easy to shape and work with, and best of all, cheap. Important parts of every car like the engine, the brakes, the wheels, the exhaust, the roof, and the whole chassis are made primarily of steel or an alloy that is mostly steel. Different grades of this metal exist and they have different lightness. Car manufacturers use a variety of steel types, but they always but the strongest they have where it matters most.

Right up there with steel when it comes to the most common metals is aluminum. It is both lighter and stronger than steel, and 100% resistant to rust. This makes it more useful for many of the parts when compared to its cousin above. The biggest downside and the reason why it is not used more than steel is that it is much harder to work with. That is not all, as it is more expensive too, sadly. Because of this, cheaper car models do not have a lot of it, if any. Some of the brands that actively use it wherever and whenever they can instead of steel include Jaguar and Audi, both powerhouses and big names everyone knows.

Before the 1970s, nobody thought about using this interesting metal in car manufacturing. During this decade, however, it gained a lot of prominence and established itself in most factories. It is easier to work with and shape than aluminum, and it is stronger and lighter than steel. Therefore, it is an amazing middle ground between metals like steel, which is the cheapest, and carbon fiber, which is reserved for the best and most expensive of cars.

Just like steel and aluminum, iron is quite a common sight in car factories and a frequent solution in most models. In the past, it was heavily used until humans found out about other, better materials that were easier to work with, and cheaper. It is not used as much in most cars today because it is both heavy and hard to work with. It is still crucial in many vehicles because of its weight though, and it is usually found in several key parts of engines.

Last but not least, we have a rather exotic and expensive metal that is unbelievably lightweight, strong, and fully resistant to corrosion. It can even withstand saltwater and chemical corrosion, making it a very sought after solution in many industries. Most sports exhausts of top-tier supercars are made of it. It is also strongest out of all other materials with the same density, meaning it is perfect for reducing the overall weight of a car. Porsche uses it a lot, in combination with carbon fiber. Ideally, most cars should be made mostly out of titanium with some aluminum, steel, and magnesium here and there. Sadly, this is simply too expensive for many manufacturers. 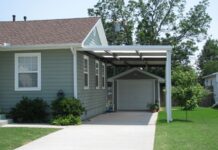 Rubber Feet And Bumpers – Application In The Car Industry